I had dinner with the family and some family friends over from Singapore, at a Malaysian restaurant. (I felt bad in hindsight, for not asking them questions about their trip and visit, etc. I think I still feel like a child around the family, not like a grownup at the grownup table. But I’m 20 now, and I can’t really just sit around and only speak to answer any questions thrown my way now, can I??)

The staff were really lovely, really homey, hearty, earthy types. They make you feel at home. Even me, a rather culturally confused banana. The accents strike a chord in my heart and their ways of speech. So did all the photos and posters on the walls. KL. Petaling Jaya. Putra Jaya. Big bustling cities with amazing architecture.

I really, really want to go see them. Honestly, I don’t even know where in Malaysia I’ve been. Obviously Kuala Lumpur, but I don’t know if I’ve been anywhere else. But all of a sudden seeing all that up on those restaurant walls made me want to see it ALL! It made me want to take BF there and go shopping and sweat in the humidity and eat the great food, and probably get food poisoning but chug on nonetheless. Of course it would probably be good to have the parents there at least for some of it, seeing as I don’t know the language or my way around.

Just some photos off the net… 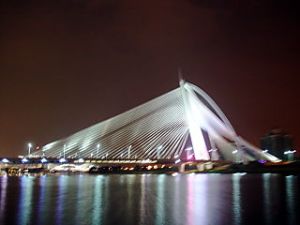 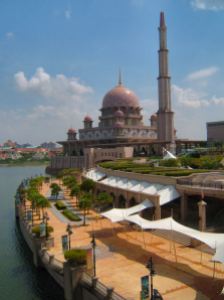 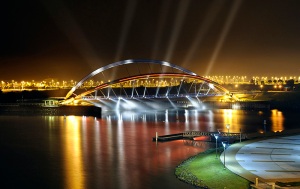 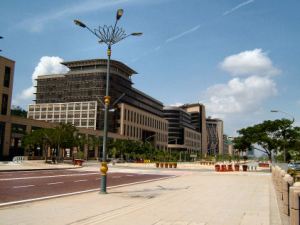 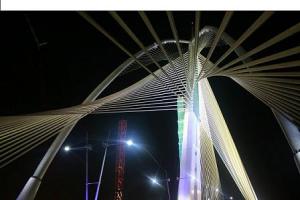 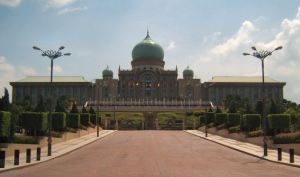 I think I actually have been there, it looks familiar…I think we drove through when we visited YEARS ago. The big open clean streets, the lake, the Arabic architecture….it was really quiet and open and sort of winding….suppose it’s their version of say Botany Downs/American style McMansion developments, but obviously with a federal/govt twist.

I don’t really feel particular links to the country. No heritage, no fond memories. It does make me sad though, from the little I’ve gleaned about the political situation. Apparently there’s a tizz about the new PM, who’s banned all mention of a Mongolian woman who was the mistress of his aide, who wanted her share of commission (??? Something to do with acquisition of submarines ??) and ended up dead, shot in the face and then blown up with C4. Nice. (Most of the news seems to be in Malay from a cursory search, so a lot of this I got from other blogs). It’s a pretty disturbing tale; if nothing else, that’s a GRUESOME way to go.