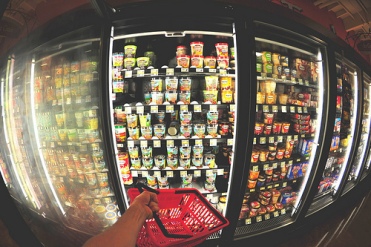 Something that constantly grinds my gears is the cost of food. And since British writer Peter Bills’ op-ed on the astronomical prices of, well, just about everything in NZ was published  (read his followup column here) everyone has been weighing in on the debate. Whether you wholeheartedly agree, or are simply resigned to the downside of living in a tiny country at the bottom of the globe, everyone has an opinion either way.

But it seems that of all people, All Black Justin Marshall apparently agrees, after a stint in the UK. It’s good to know he spends $400 to 500 to feed a family of five. $130 for us two sounds like we’re doing okay!

It’s hard for me to compare; most everyone I know still lives at home. Others spent similar amounts, or less – but living the two-minute noodle lifestyle. Sense (one of the few NZ bloggers I know who writes about personal finance) spends more…but she’ll eventually move back to the US and a wayyyyy lower cost of living, damn her.

But all the bitching and moaning in the world isn’t going to do any good. I like living in Auckland, and although I have big travel dreams, don’t see myself settling down anywhere else at this stage. Yes, it’s ridiculous that our lamb costs less in the UK than it does here. But I’m not a fan of lamb anyway. I don’t care how much a latte costs; I don’t drink coffee. And short of everyone in the country starting to grow their own food…I don’t see how prices are going to ever come down, even ignoring the impending GST rise.

10 thoughts on “Things that grind my gears: the cost of feeding a household”