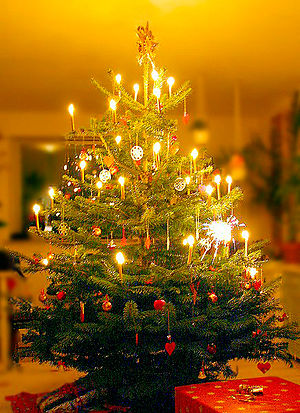 One. I happened to be watching the TV news the other night. One of the stories focused one of the newly redundant Pike River miners. He’ll be lucky to get a week’s holiday pay (the rescue operation is costing something like millions a day and the company can’t sustain that kind of drain) and he was auctioning off a rock from the mine. He called it a “charity rock” and hoped to make maybe $30-40 to help pay the utility bills. Bidders had already pushed the price up to $1000 though, and I hope it goes even higher.

Two. T works with a bunch of people who mostly hail from a relatively low socio-economic area. Some of them have been there for years upon years, and are known to often take their big holiday paycheck, spend it all on gifts and food for Christmas day, and be left with nothing. Apparently they’ve even been known to complain abut not having enough gas money to get back to work. They’re damn lucky to have such a good boss, who is arranging for some of them to get food vouchers instead – and if he could organise for MTA vouchers to take to the petrol station too, he would.

In the week before Christmas, I am thankful that T is getting a back paid raise, that I am getting a full 8 days’ leave (nothing planned except reading, baking, blogging, running, and other leisurely activities as I see fit; he unfortunately won’t get any time off), that we have never EVER been down to the bone and actually worried about putting food on the table or keeping the lights on.

One thought on “In the week before Christmas…”