Auckland is my hometown. It has a few things going for it – work opportunities, friends and family, ethnic cuisines, and everything from beaches to parks to bush. And as our biggest city, we take amenities like libraries, concerts and the like for granted. Sure, there’s not a lot that’s affordable to do, but if an international band is touring, if they make a stop in New Zealand, you know what city they’ll be playing in. That kind of thing.

But on so many quality of life factors, it fails hard.

Housing market? Out of control. 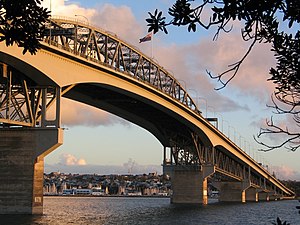 And you can add the weather to that list. After basking under the South Island’s glorious spring skies last month, Auckland has been spectacularly depressing. I’m not quite my mother, who religiously watches the weather forecast every night and practically plans the next day around it; and I don’t think I have SAD, but the weather does have a major effect on my moods. And that effect is generally one of disgust and frustration.

(That said, moaning about the weather here does pale in comparison to what the US east coast is facing right now with Hurricane Sandy. At least we’re relatively sheltered here from most kinds of natural disasters.)

Steel skies. Constant rain. It’s impossible to get out and enjoy our parks, beaches and bush – and if we’re cheated out of a second summer in a row, I’m predicting VERY BAD THINGS on a national scale. This blazing weekend just gone was the best, in memory, for about the past year. Here’s hoping it’s a taste of what’s to come.

On the other hand, one could live somewhere beautiful and warm and sunny in regional New Zealand. But unless you could work remotely and make decent money doing so, all you could realistically aspire to would be working at the local supermarket. Or bakery.  Or something along those lines.

What’s important to you in choosing a place to live? Does weather matter?

18 thoughts on “What’s good weather worth?”