As I get older, my tolerance for BS has shrunk to near negligible levels. I just don’t have the time or energy for the things I don’t have time or energy for. You only get one lifetime – one in which the days seem to roll on by ever faster – and I’m not going to play along on matters of convention just because.

Alcohol is such a founding pillar of both social and work culture, and I’ll admit, I used to drink just to fit in. But I’ve largely called it quits. 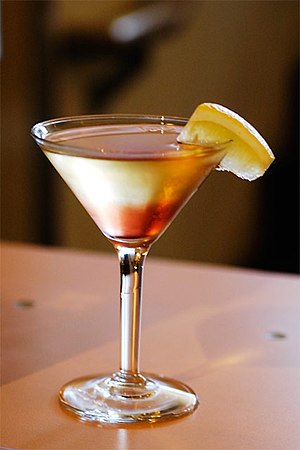 I hate beer and wine – and that’s usually all that’s ever available at work dos. Occasionally I’ll indulge in, and enjoy, a spirit or a liqueur among friends. But as a rule I generally don’t enjoy booze very much. I had my few years of drinking on weekends, and my fair share of flushed, tipsy photos snapped in the process … and I’m well and truly over it.

Alcohol is expensive. And I’m a cheapskate. Even at events where booze is flowing freely, I unashamedly abstain. At one particularly tedious evening some time ago, mixers were on offer from the dedicated bartenders, and I thought I’d try to drink to pass the time. A couple of sips in and I called it quits. Lesson learned. (Sorry, I have no qualms about wasting booze.)

Drunk me is not the best me. One drink – max two – and I’m gone. I’ll probably fall asleep within the hour. If I’m driving (which is also rare), it’s best not to touch a drop. Plus I get the dreaded Asian deep red flush – it’s a full body thing for me. Not attractive; extremely embarrassing.

And you know what? It’s not as strange or awkward as I anticipated.

At one industry awards dinner, I refused both the red and white wine as the bottles were offered around. A little while later, my boss simply said, “You don’t drink wine, do you? We might swipe your glass” and passed it on to someone else who was apparently juggling two kinds of vino.

At a bar meetup with a group of strangers (and one person I’d met once before), I ordered a plain orange juice. “You’re on the hard stuff!” one joked, and didn’t say any more on the matter.

Occasionally I break ranks. I succumbed to nervous drinking at a lunch function not so long ago, surrounded by chefs, food writers and other hospo types. I couldn’t feel the champagne flush, but sure enough, when I ducked into the bathroom I looked well and truly sunburned. And as it was a four-course meal with a different matched wine with each dish, I tried a few sips of each – figuring it was a rare chance I should seize. (SO. MUCH. WASTE. And is it a prerequisite to love wine in order to earn your ‘foodie’ stripes or what?) Takeaway: I still hate wine, even good wine, and even wines chosen to complement amazing food.

It’s funny how alcohol and caffeine are our sanctioned drugs of choice. But maybe we’re becoming more accepting of people who don’t partake. I’d like to think so, anyway. With evermore complex dietary requirements becoming commonplace (I swear every third person I come across is either vegan or gluten-free), perhaps we’re becoming less judgemental about whatever others put – or don’t put – into their bodies.

(This post was partly inspired by Clare and Cait.)

17 thoughts on “On unabashedly saying no to booze”