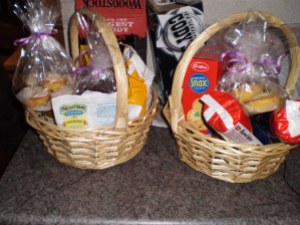 Our gifts for our families – not quite what I envisioned, but then again my great ideas never quite work out (hark back to high school Graphics…) My baking FAIL = less baked goodies than I’d planned for.

My present for T? A new phone. He lost his last week – believe me when I say he has a terrible track record with cellphones. He’s lost two out the window of a moving vehicle (bounce, crash, explode), left one on the top of a car (he either then walked away or the car drove off, I can’t remember). One broke after he threw it across the garden and I’m sure he’s also just had a couple die on him from age or hard living. We’ve established this one has to last him two years or it’s the cheapest, most basic POS for him until then.

So he wasn’t thrilled at his gift being a replacement phone, but c’est la vie. He definitely believes in gifts being fun, and something you wouldn’t get yourself, or being something you want, not need. (Me? I’d be THRILLED to get something that I need but don’t have the cash for. Eg, new boots, a microwave, etc). But he insisted that his present for me had to be something special and indulgent. Along the way, peeking into the displays at fancy jewellery stores, I remembered that I really wanted a charm bracelet, and what better time to look for one? And because we did our shopping for each other on Boxing Day, we hit the sales – 50% off silver in Pascoes, no less. 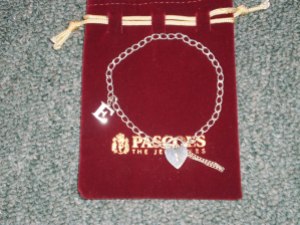 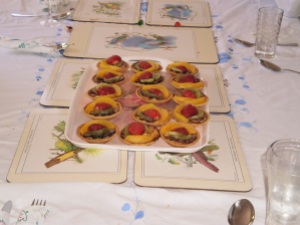 Alongside the usual pavlova and strawberries - homemade fruit tarts! 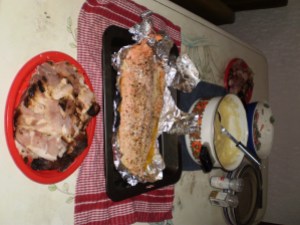