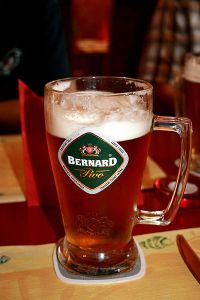 Here’s a question. How often do you have Friday (or any day) drinks at the office?

Drinking is such an integral part of Kiwi culture, whether it’s beers by the barbecue or beers in the boardroom after hours. Any excuse for beer’o’clock, really. I’m constantly getting alerts notifying me to the fact that someone I know has joined the I’m not an alcoholic, I’m a New Zealander Facebook group. Sad, but telling.

At this point in life, most of us have heard from non-drinkers about how bad beer is for you. You’ve heard ’em, it’s the same crowd that decries beer, and actually claim this adult beverage leads the unsuspecting drinker down the road to alcoholism. Well, the truth is, beer is no more a gateway drink to alcoholism than aspirin is a gateway drug to being a drug addict. Moderation is the key here, like it is in everything else we eat, enjoy or look forward to. And next to water, beer is the best thirst quencher ever invented. Fact is, there is ample medical evidence to actually support moderate beer drinking, in order to get the many health benefits of beer. Beer has changed over there years from buying the beer and drinking it on the spot to having massively flavored beers that need time to age for all the flavors to come into fruition. There are so many different styles of beer and even more beers within those categories. First I would recommend trying the different styles to get a taste of what you like. Here you will get more about The Belgian Beer Company.

This method is as simple as it sounds, and is the most enjoyable way to get bottles for beer. If you are going to make your own beer, you most likely drink beer. By buying beer in bottles with pop-tops you can reuse your empty bottles. You’ll need to drink 8 to 9 six packs to get the bottles you need. If you’re brewing with malt extracts, you’ll have at least 2 weeks after pitching your yeast before you’d need all your bottles ready. If you have no bottles already, this method alone may not be in your best interest. Drinking 9 six packs over 2 weeks is expensive and really not a healthy move. Whenever I go to a beer tasting one of the things I always try and do is talk with the Brewmasters. By spending a few minutes talking with these folks, I have learned so much about the beer industry. One such conversation led to some free gear and an invitation to an insider’s only tasting. If you love beer, these guys are the superstars that make that beer possible.

Epic drinking stories are a sign of pride, to be told and retold and elevated to legendary status. We had drinks this week for a colleague on his last day. Out came a story about literally crawling home after a particularly raucous evening at work (not long after joining the team…) I’ll admit I’ve had a few benders in my time, but not for a looong while, and me falling asleep at the end of it is about as exciting as it gets – I don’t get rowdy, I just get incredibly drowsy. I’m the most boring drinker EVER.

I actually kind of dread work drinks, because after a couple I’m hammered enough to call it a night. That’s why I generally stick to juice or something similar…because it’s REALLY obvious once the alcohol takes effect.

But sometimes it makes me feel slightly uncomfortable being the odd one out, you know? Sometimes people think you’re uptight or boring, and it’s ten times worse if you’re already feeling awkward. I tell myself that choosing not to drink really doesn’t affect how others perceive me, or my career, but it feels like sometimes being a team player means being a drinker.

10 thoughts on “Let’s talk about drinking”