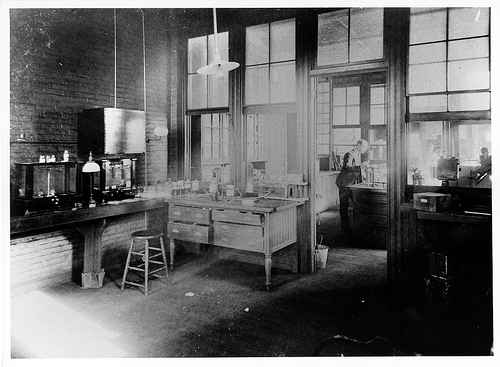 When you’re trying to break into a new industry, getting past the resume-screeners is vital. Without relevant education or experience, your best bet is to impress the pants off your interviewer – but you can’t charm an employer if you can’t even get to the meeting stage.

Someone I know I was recently job hunting in a new field, and true enough, the key to getting in was getting the in-person meeting. Phone calls led to a face-to-face; I don’t think a resume was ever involved. They clicked, the company culture turned out to be one where he felt right at home, and a contract was signed.

The culture, from what I hear, is pretty textbook ‘old boys’ club’. So when he relayed an anecdote recently about accidentally overhearing one manager being dismissive of an interviewee based on ethnicity, I wasn’t surprised. Even if that was meant jokingly (let it be noted that there are a lot of minorities employed there) I think it’s still quite telling.

Last summer I churned out a ton of content for a client, an HR blog that was about to launch. There were posts about recruiting, posts about job hunting, posts about interviewing, posts about negotiation, posts about career progression … SO many posts. And I would say at least a third referenced Zappos at some point – Zappos of the mythical corporate culture, held up as a shining example of the need for culture fit. Zappos, which offers new hires a cash payout to quit if they don’t feel it’s working out.

While I absolutely think cultural fit is vital to a harmonious workplace, diversity on staff is also crucial to any progressive and innovative company. There has got to be some kind of balance struck there.

Coming back to the situation at hand: I am glad my acquaintance got that job, though he’s now moved on.  I don’t doubt that he deserved it. (He’s not the only staffer who was hired with no experience; several others also got their start there the same way.)

I don’t blame him – at least in this instance – for the privilege he enjoys as a white male (particularly as he hails from the lower class and hasn’t had much else come easily to him in life).

But I’d hate to think that someone might be dismissed out of hand for no good reason – whether for this role, or other identical roles to be filled, in the past, in the future.

The system is what it is. As Don Cheadle’s character on House of Lies, Marty Kaan, advises a young black consultant: “We’re here to open wallets, not minds.”  But as to whether staying and playing along makes you complicit …

Have you been privy to prejudice of any sort in the workplace? Ever leveraged your own privilege, or benefited from it somehow?