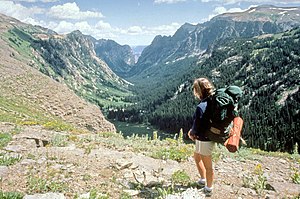 I am really, really starting to get the travel itch. I haven’t quite got around to updating my sidebar, but I’ve hit $10k in the travel fund. Meanwhile, it seems everywhere I turn people are quitting their jobs and heading overseas, either for kickass new jobs or just to do the OE thing.

Meanwhile, I love my work, and am not thinking of leaving anytime soon – but a small team certainly makes it a lot harder to take time off in this office.

It looks like over Christmas/New Year’s we’re going to Coro Gold (a huge concert) and spending a few days in the Coromandel before and after. I’d also like 2012 to include a ski trip to Queenstown, and our South Island road trip. I originally wanted to do the latter over Christmas, but T wants to campervan it, and rentals are INSANE at that time of year.

2013, I think, will be the year of the US road trip when we’re both 25 (apparently the magic age for renting cars. We recently went to a brief seminar by a Lonely Planet writer about, well, US road trips, and I think all factors taken into account, it’ll be easiest to do this in two years). As for Europe, I’m not sure when that fits in; that’s probably two separate trips, with one being a honeymoon? Perhaps one could be done late next year – I’m keen to experience a white Christmas. I really do want this to happen, so I’m planning to talk to travel agencies early next year, and hit up the Travel Expo again (that’s where we got a wicked deal for Rarotonga). Now that there’s a bit of money in the kitty, I feel like planning can seriously commence.

It occurred to me last night that maybe it would make sense to do all our travelling in one year. Heck, we wouldn’t even need that long; take off, say, six months, do America/Canada, Europe/UK, and Asia on the way home.

How much would it cost? I have no idea. Married with Luggage (thanks Move to Portugal for bringing them to my attention) seems to be doing it pretty frugally. I’ve subscribed, obviously 😛 We don’t have many contacts overseas, but perhaps housesitting or couchsurfing would be options some of the time. Would either of us be able to work at all? Again, I have no idea – we’d have to look into visas.

But most importantly – would we, would I, enjoy long-term travel? I don’t really know if I would. I’m very much a homebody at heart. Being more or less on the move constantly, I think, would be physically and mentally draining, and overwhelming for the senses. I guess it could potentially be more economical in the long run, as opposed to spreading the trips out over a few years, but I’m just as interested in getting the most out of our travels as simply racking up stamps in my passport (and would it leave us with nothing to look forward to in the future?)

5 thoughts on “(Not) leaving on a jet plane”