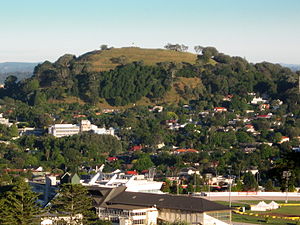 Not too long ago, a story broke about a power outage in my area. I’ve lived here since March. Yet, I had no idea where the street in question was. I consulted Google Maps; turned out the affected road was just around the corner from my house.

That’s in stark contrast to my old neighbourhood; I lived in the same area, or the same cluster of suburbs, for over 10 years. From White Swan Rd to the Titirangi Rd end of New Lynn and from New Windsor in the north to the bottom of Lynfield, I bet I could name and locate (or at least recognise) most of the streets off the top of my head. After all, I’ve walked or driven down most of them at some point back in the day.

I really took that for granted. When you grow up somewhere, it becomes your playground. I was lucky to grow up in a safe, quiet area, with half-decent schools, near a (unswimmable) beach, with lots of parks and bush walks. It may not be as handy as where I live now, but it’s a hell of a lot more affordable. I could NEVER afford to buy a house in Mt Eden, let alone Epsom. And even given the choice, I’m not sure I’d want to. It’s a little bit too posh for me; I would never feel quite as home as I would in my old down-to-earth, staunchly middle-class ‘hood.

How well do you know your neighbourhood? Would you ever return to the area where you grew up?

5 thoughts on “An ode to neighbourhoods”