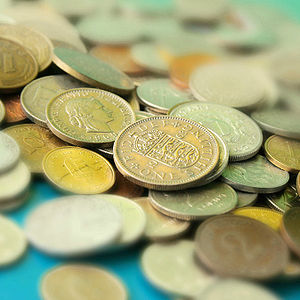 I have big plans for the next few years. Which is why I decided it was time to map out a rough savings plan to the end of 2012.

Beyond that, we’re looking at $60k for a down payment. If we can get away with 10 or 15 per cent, then you know what? I’m going to take it. But I’m running on a 20 per cent assumption here, and really, the more we can put down, the better.

I still don’t know what we’re doing for our first big trip. I had plans to do a US road trip this year, but it’s going to have to be pushed back till next Aug/Sep (that’s the season I’m aiming for). Or maybe we’ll do Europe, or do a bit of a round-the-world trip.

In the meantime, this year I think we’ll try for a roughly two-week summer trip around the South Island.

As for the wedding, I’m still not planning on starting serious planning at all this year. But as always, starting early on research. Of course I’m paying more attention now to any wedding posts on the blogs I already read, but if you have any favourite wedding-specific ones, let me know! Budget-minded ones are even better. Someone on Twitter recently linked to a really neat wedding site, devoted to kind of quirky/unique weddings, but stupidly I didn’t bookmark it. I do have a few thoughts though, mainly on music (the playlist is the thing I’m most pumped about, and it’s actually the one thing I put any thought into pre-proposal).

$5,000 isn’t much, I know, but I would really like to not go over that if possible. We’ll see. I already know I won’t be doing much – if anything – in the way of favours and decorations and flowers. They’re not at all important to me, and the people I care about won’t care about them either. I’m totally happy with a custom playlist off an iPod, and I may ask T’s mum to make my dress. I don’t intend on having a big bar tab, either – I’m repeating myself, but my side don’t really drink, while his side are a bit too fond of it sometimes. Limits are key. Which is also why we’re thinking a daytime do, and not necessarily on a weekend.

I am so grateful at this point for blogging! Imagine if I had never discovered the blogosphere. I would probably waste money on bridal magazines (or borrow them from my one engaged friend) which would in no-way help me, a frugalista on a shoestring.