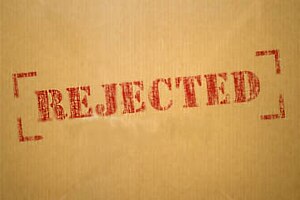 …easier to preserve than to rebuild.

Kids, we all know you should never cosign on anything. You do not want your name on any account that you are not personally paying for.

Well, some people learn lessons the hard way. Like when they finally talk their fiancee into letting them get an iPhone. And then get turned down for an unexplained mark on your credit record. Huh? Well, it could only be that internet account you put your name on at the request of your sister (remembering folks, that if such people had decent credit themselves, they wouldn’t need to ask such a thing of you).

I just knew when he came home last year and told me what he’d done that it wouldn’t end well. But by then the decision had been made and I couldn’t do anything about it, and soon I had other things to worry about. I hope now that he’s made pretty much every mistake in the book, that the shame of that denial under the harsh fluoro store lights will be enough to make him remember to never never take responsibility for anyone else’s accounts in future. It baffles me how someone who has no problems putting his interests first in the business world cannot say no to his family. (Or that they don’t turn more often instead to his brother who has more cash, yet blows it all on cars.)

Have you ever made the mistake of letting someone else use your good name? How did it work out?